Six years after the collapse of 2008 there is a real sense of optimism among analysts that the US economy is finally shrugging off the effects of that collapse with real estate and stock market gains being the Fed’s chosen workhorses to drive the US economy forward. But some conflicting data seem to suggest that instead of accelerating the US economy is still simply flatlining with after more than half a decade of unprecendented monetary stimulus.

A big worry for the Federal Reserve (and any balanced individual who wants to see what the data is really indicating about the US economy) is the latest housing data. There are now real indications that the US housing market is going down again just when the US economy is supposedly picking up steam. Purchases of new houses fell 14.5% from February and mortgage applications have dropped off by 19% from 12 months previously. This is a real wake up call for the Federal Reserve as this indicates weakening demand at the very time the economic growth is supposed to accelerate. And these numbers have emerged in what is usually the busiest season for real estate. It’s worth noting also that new home sales fell by a similar volume in the months prior to the 2008 crash.

So what’s going on with real estate? Both housing and stocks have had a couple of good years based on the Federal Reserve’s money printing leading to targeted inflation in both of these asset classes. Perhaps the outlook is more clouded now that the Fed is attempting to taper, but they are still printing to the tune of 55 billion dollars a month (which by anything other than the standard of the last few years is Alice in Wonderland material!). Despite this wave of money housing is softening? Part of the answer seems to sit with investor activity – big real estate investors like Blackstone have been key to driving up house prices in the last two years as their access to the newly printed money was much greater than that of owner occupiers. But these investor groups have been pulling back sharply as prices have risen and many seem to feel current prices are no longer so attractive. Mortgage interest rates are rising and this is causing a reduction in investor activity across the real estate space.

Based on this it could be argued that investor activity alone has been disguising the weak state of the housing market. Now we are emerging into an environment where we will rely on owner occupiers to sustain and drive up prices and that is going to give a much clearer picture of economic strength in the US – and the early signs are not promising. Affordability is way down and owner occupiers are even more sensitive than investors to rising mortgage rates and also face a tight credit market. Add a weakening housing market to a stock market which will struggle in the face of Fed tightening and you have the recipe for real difficulties in the 12 months ahead. As it has in the last 6 years the US economy is again likely to disappoint the economic pundits who expect a pickup in growth. The US economy historically has a recession every 4 to 6 years and its starting to look like we’re bang on target for another one in the same time frame – before we’ve even escaped the effects of the last downturn. What will the Federal Reserve do this time? 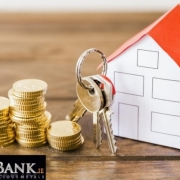 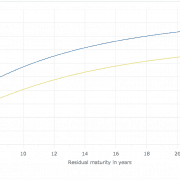 2014 to be a better year for gold prices