Robert Zoellick Head of the World Bank since 2007 has called for a discussion on a new Gold Standard in an article in the Financial Times this week. Since 1971 when the US effectively declared bankruptcy by ending the Bretton Woods peg between the dollar and gold ($35 dollars equaled 1 oz gold) the global financial system has been a floating currencies system based on a paper dollar as the global reserve currency.

Zoellick suggests using gold as ‘an international reference point of market expectations about inflation, deflation and future currency values’. Even more significantly, and in our opinion, accurately,  Zoellick suggests that ‘although textbooks may view gold as the old money, markets are using gold as an alternative monetary asset today’.

The suggestion that we have been operating under a system Zoellick calls ‘Bretton Woods 2’ since 1971 is perhaps slightly misleading. To call the structure that international currencies have operated under as a system of any sort is very generous. ‘Organised chaos’ might be a better way of defining currency management since 1971. With no restraint on how much of the global reserve currency they printed the US has been on a printing spree with unintended consequences across the entire globe as deflation was exported abroad to developing countries in the 1990’s and then inflation on a vast scale was seen in both housing and stocks in the US and around the world.

As it becomes clear that this use of the dollar as a global reserve currency at the same time as the Federal Reserve uses and abuses the currency to try and ‘pump prime’ the American economy is becoming more untenable and less and less beneficial to other countries around the world the era of dollar hegemony appears to be drawing to an end. Despite this, the reaction to the idea of a new Gold Standard has been mainly negative. Almost none of the commentary reacting to Zoellick’s FT article has displayed any knowledge of how a Gold Standard actually works. Many of the critics of the idea have said it’s simply not practicable because the quantity of Gold available is not sufficient to support the modern world’s rate of growth etc.

A real functioning Gold Standard can operate on a single Krugerrand. All that matters is that governments set a credible price peg for their currencies against that single ounce of Gold. If the currency’s value falls below the peg then remove currency from circulation until the currency’s value rises to its pegged value again. If the currency’s value rises above it’s peg then do the opposite, and print more paper currency to reduce the value of the currency back to its peg (think QE2 with a purpose and end point). Economists, governments and central banks around the world, under the influence of Keynesian thinking seem to have forgotten that any government with a printing press has total control over its currency’s value  – reduce supply/increase value & increase supply/ reduce value. Simple, but far too straightforward for the brain boxes in the US Federal Reserve and the IMF. Defending currency value with interest rates is an invitation to speculators to put a currency to the sword.

What about a Gold Standard’s capacity to allow for rapid growth in an economy such as China’s or any other around the world today? Demand needs to be considered in relation to how much currency is produced. But consider this, if currency demand starts at 100 dollars and then rises to 200 dollars in a given economy then government can print an additional 100 dollars and double the paper money supply without any disruption to the Gold Standard price peg. Demand for Gold itself will not vary sharply in a well managed paper currency where the government’s promise to maintain the peg makes that currency as ‘good as gold’! This means that a proper Gold Standard can easily accommodate and facilitate any level of growth in an economy contrary to the misinformed commentary from so many economists today on CNBC, Bloomberg et al.

It is encouraging to see the beginnings of a debate around a new global economic system which will involve ‘hard’ currencies and will reduce the chaos a soft money system underpinned by a falling dollar causes. But Zoellick’s comments are only a beginning. And the outright rejection of his comments certainly highlights the fact that this debate will take years to resolve as governments and citizens around the world begin to recognise the need for a new Bretton Woods type agreement. And all the while this debate rages the precious metals bull market will continue to run and run. 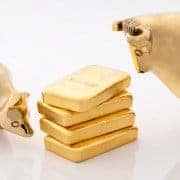 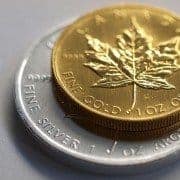 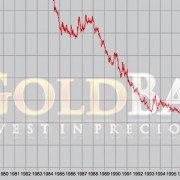 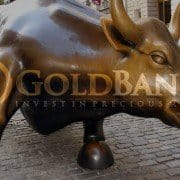 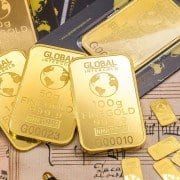 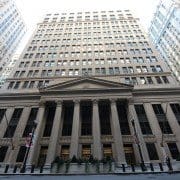 Fed fails to taper implications for gold and silver
0 replies