Mario Draghi launched the European answer to the Federal Reserves money printing of the last few years when he announced in January that the ECB would be pumping 60 billion a month of newly printed Euros into the Eurozone in an effort to head off deflation and cheapen the euro currency at the expense of the dollar and the yen.

It seems that central banks around the world are currently playing a game of musical chairs where everyone gets a chance to cheapen their currency against the others for a period and then another bank gets a turn. Now the Federal reserve has stopped money printing for the time being it’s the Euro and the Yen which are being treated like confetti. Already the Euro is trading at decade long lows against the dollar and gold has taken advantage to move upward against the Euro.

Last year gold rose approx. 11% in euro terms with a high for the year of approx. €984. This year gold has already broken above €1150 thanks to a strong run up in January and then pulled back to the €1055 area once the Greek debt situation was put on the long finger. At present (March 05) gold is moving back up and presently sits at €1094. The outlook for gold in 2015 is rather more supportive of higher gold prices than it has been in the last 2 years due to renewed money printing.

The new year started with a bang with the Swiss Central Bank deciding(being forced) to decouple the Swiss Franc from the Euro when it became obvious that Draghi will print as much Euro paper as necessary to generate inflation. The markets were perhaps surprised when Draghi finally stopping talking and started acting on money printing. The US has spent the last several years printing and as a consequence the American economy looks more robust than any other developed economy at the moment. But this American comparative strength is deceptive, by printing dollars the Fed cheapened US currency against that of its trading partners, particularly the EU, thus making US goods and services cheaper for non US consumers and US consumers alike and propping up the US growth rates at the direct expense of the EU and Japan as well as other less developed regions.

Now that this trick is working in reverse expect to see direct consequences in the US with more and more disappointing figures for exports, house sales, income growth etc. As the American economy continues to weaken under this strain it will be interesting to see how the Fed manages expectations around interest rate increases. A rate increase would need to be based on the US economy strengthening further from 2014 not slowing down, as we are suggesting will happen. If interest rates were to increase the effects on an already weakening housing market could be dramatic. We feel the Fed will not deliver on higher interest rates this year and would suggest that investors keep in mind that current dollar strength is based around the rate hike scenario projected for this year.

The Greek bailout situation looks set to run and run as the Greek economy is simply unable to serve the debt levels it already has. The Greek economy is significantly less productive than northern European economies and simply cannot produce enough activity and taxes to service debt in excess of 315 billion euros. The obvious solution is a greek exit from the Euro so enough drachmas can be printed to pay off this debt in devalued currency and let Greece move on. Instead it’s being anchored to a currency which it cannot control and it stays under a debt burden it cannot service. This saga will roll and roll until eventually Greece exits the Euro and/or defaults on its debt. Many suggest the issue here is that Greece must be kept in line paying its debt and not default so as not to threaten the Euro. We would suggest that the issue is much bigger. If a developed western economy can default on its sovereign debt that would invite the markets to cast a sceptical eye over the debt levels of all sovereigns. Imagine the consequences if the markets started to treat heavily indebted countries like Spain, Italy and the US as default risks? Interest rates would climb and this could make current US debt levels unaffordable to a US administration that is actually insolvent but has the saving grace of being able to print dollars, unlike the Greeks. There are a number of ways the sovereign debt issue can play out, but all of them involve higher gold prices. 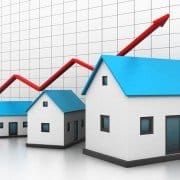